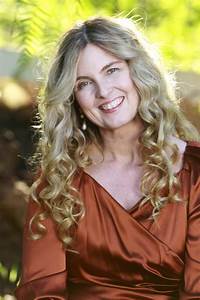 I apologize! Due to circumstances beyond my control, the podcast with Ayn Cates Sullivan, PhD, and me has been postponed. I’ll notify you when we reschedule our chat on mysticism, miracles, healing, and other themes behind “The Improbable Wonders of Moojie Littleman” ~ Tune into Wisdom of the Ages ~

“Only dreamers, artists and misfits enjoy an alternate reality.”
—BanaNat

Behind the beautiful mystical cover awaits the story of a youngster named Moojie. An earthquake occurs on the night an abandoned baby is found by the nuns of San Miguel de las Gaviotas; the name Moojie is smudged across his tiny forehead. These events set in motion an extraordinary life. Magic swirls around this forsaken child as the nuns watch and worry that the imperfect infant might never find a family. But fate has its own plans for the babe and sets about bringing people into his path who can see all the possibilities that lie behind his enormous black eyes.

The road that this special young man must travel will be filled with potholes and washouts, but the pilgrimage will teach him everything he needs know so that if greatness calls, he will be ready. Impatience presses down on our uncared-for traveler, because a loving family is what he yearns for most. His quest to find where he belongs is both delightful and heartbreaking: I felt for dear Moojie, cheered his every victory and wished along with him that he would someday have his heart’s desire.

“Would anyone ever love him for his tender, kind, strange, ordinary Moojie-self?”

Robin Gregory has created a sparkling world filled with touching characters and magical folk full of spit and vinegar. This touching story stirs up those underlying human needs for belonging, acceptance and love, reminding us that love is all around if we’d only open our eyes and look.

This is a charming YA novel appropriate for the young and the young at heart. Moojie is an adorable misfit, and the ending left me with a starry smile that won’t soon dim.

“I used to be mad at life, mad at everything. And then, I woke up. It takes a long time to wake up. That’s why it doesn’t happen to people who are in a hurry.” 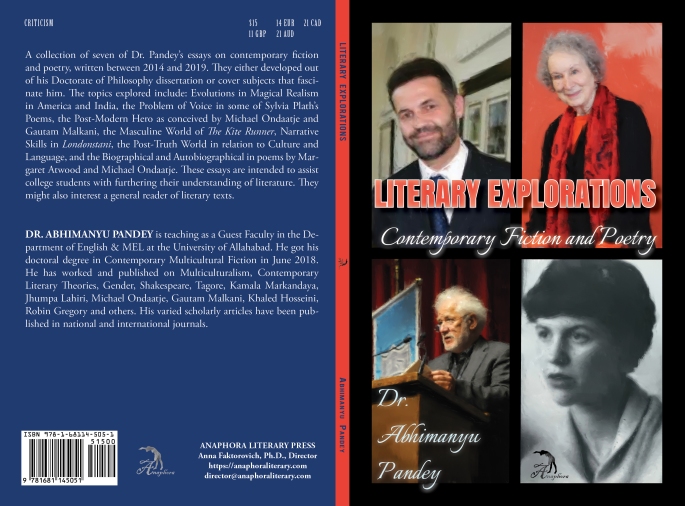 A book for philosophers, writers, readers, and students. “Literary Explorations: Contemporary Fiction and Poetry” is an eclectic mapping of literary trends. It is a 104-page collection of academic essays and articles assembled in a way that touches on gender, voice, multi-culturalism, and spirituality in works from the East and West. Among essays exploring the texts of Atwood, Ondaatje, and Malkani, I particularly appreciate the way he handles magical realism as it concerns “The Tailor’s Needle,” by Lakshmi Raj Sharma, and my novel, “The Improbable Wonders of Moojie Littleman.” While the author is an academic, he never gets too highbrow. The information is presented as he discovered it—through an obvious love for literature, as well as for intensive study and scholarly research. 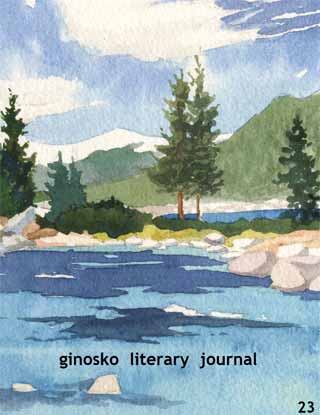 “My Date With Marc Chagall,” an essay on writing in Ginosko Literary Journal,

It’s the 25th! Here’s the next excerpt from upcoming Moojie Littleman Trilogy, Book 2: The Boy Who Killed Time. You will notice, the sections are not linked directly to each other, they are independent snippets that give the flavor of the book. They have not been professionally edited yet, so please forgive any typos. I look forward to hearing what you think!

Night was falling when Moojie and Abu rode through the gate of St. Isidore’s Fainting Goat Dairy, three miles inland in the Valley of Sorrows. They were greeted enthusiastically by Millie Mae, the dairy dog, and goats fainted to both sides, a sea of falling beards. There was an unfamiliar motorcar and a buggy parked in the yard. The cabin curtains were drawn. Despite his crisis of hunger, Abu raised a wary hand to signal for Moojie to wait while he scoped out the scene inside. He threw open the door, and took one sniff of the steamy air laden with fried onions, turkey fat, and wood smoke, and swooned.

Henry, Moojie’s bespectacled father, looked up from minding the turkey, and said, “You’re late!” His eyes, the size of robin’s eggs behind thick-lensed eyeglasses, were pink-ringed from lack of sleep, and dotted with untreated cataracts, which had precluded his mapping days. He refused to have medical treatment. He didn’t want anybody poking around his eyeballs. He rejected Moojie’s offers to heal him with inflexible determination, the reason for which he never explained. Five and a half years ago, Henry returned from his last disastrous expedition, which had been more of a diversion to avoid home life without his deceased wife, Kate, than it was a job. With a twinge of conscience, he had left Moojie with his grandfather and sailed to a remote island in the Lesser Antilles for Monk Magoon’s “import business.” At the time, he had no idea the doomed trip was meant to establish an outpost for smuggling heroin from South to North America in fruit juice cans. After weeks at sea, the ship, Sheherazade, was driven ashore in a hurricane and wrecked on the coast of Little Tobago, becoming a total loss. He, and the rest of the crew, survived by swimming ashore, only to be met by pirates. At gunpoint, they conscripted Henry to draft a letter to his bankroller to extract a ransom of thousands of Trinidadian dollars, which roughly equalled thirty-two hundred American dollars. Monk contacted an associate in Trinidad, who delivered the ransom, and Henry and the others were set adrift in a tiny fishing boat. With one oar, they were able to paddle to the main island of Tobago, where Henry enlisted to play piano on a steamship line in exchange for the fare back to America. He still owed Monk the ransom money, plus fifty-percent interest. By then, Henry’s heart had iced over concerning Moojie. After all, his adopted son had been one grand disappointment after another, and was the reason his beloved Kate ran into the path of a runaway horse carriage. Once Henry was back from the sea, he kept a low profile in San Miguel, living off piddling savings and barter, pacing his backyard in pajamas—until the pandemonium. Had it not been for Moojie, Henry, who had succumbed to a chronic state of melancholy, would have been dragged out to sea with the tidal wave following the 1906 earthquake.

“Sorry, Papa,” Moojie said, coming into the cabin behind Abu. “Say, did you see that poster in town?”

Auntie Tilda interrupted. She shoved Abu aside and presented her cheek to Moojie for a kiss. An assortment of guests emerged from candle-cast shadows to greet Moojie and refill their glasses with mulled wine. Among them, Duncan McTavish, a neighboring rancher and Scottish immigrant who had served as a Civil War field medic. He had the face of a pickled tomato, red and withered. Having noted Abu’s defensive stance, McTavish offered a mixed metaphor as a parody: “I am watching you like you are a hawk.” Red-haired Tilda laughed wickedly, taking pleasure in any opportunity to put the cheeky ranch hand in his place. Having outgrown the need to dress like an African matriarch—a progressive statement in favor of Negro freedom—she had given up the colorful bubu gowns of her earlier years in favor of woolen skirts. However, she still wore flamboyant scarves, designed and made to order after foreign flags.

“I’ve got an important announcement to make!” Henry chirped.

“Oh no,” said McTavish, Henry’s good friend. He lit a hand-rolled smoke and spit out a bit of tobacco.

“The Spirit will descend like a dove from heaven, and the multitudes will see the Chosen One of God!” Henry said, pointing the carving knife upward.

“Not yet, not yet!” McTavish said. “Let the boy settle in first.”

Monk Magoon and his driver, a giant called the Barber who looked like a dressed up ape, approached Henry. “This better be good. I want my money and I want it yesterday. I’ve got plans.” He had once been the charismatic leader of the Gang of Five, a high-rolling pimp, heroin dealer, and mercenary for the Tammany politicians. After serving a prison term for cutting out a rival’s tongue and sending it to his wife, he had set up his own wife and children in a little house in San Miguel de las Gaviotas, and bought the general store. Despite an air of sophistication, he preferred riding a bicycle, while his socialite wife, Lila, insisted on a driver and horseless carriage. “I’m gonna build a city that works,” Monk said, “like New York. I’m gonna be the next mayor and I’m gonna make San Miguel great. Casinos, show halls, hotels. It’ll be a watering hole for dignitaries. The people of San Miguel may be stupid, but they’re not fools.”

“Wait till you hear what I have planned,” Henry said. “I’ll have your money and sweeten the deal to boot.” To appease Monk, Henry had been shaving off the middling profits from Monday’s healing meetings to make payments to this dandy with criminal connections, who had bankrolled his mapping expedition. But Henry still owed two-thirds of the hefty sum that had inflated with fifty percent interest. It was only because Monk had taken a liking to Henry’s homing pigeons, that it hadn’t gotten ugly. One nice thing leading to another, St. Isidore’s—deeded by Pappy, Captain Sean Finnegan, to Moojie, and run by Henry and Tilda—was barely able to pay the bills, much less old debts.

Squirming with anticipation, Auntie Tilda gestured toward Ginny Magoon, across the room with her brother, Patrick, and mother, Lila. “Moojie, look who’s here!” Ginny, her parents, and the Barber were dressed to the nines in the latest fashions. They looked like an advertisement in Harpar’s Bazar magazine. “Go on, talk to her,” the Irish auntie chirped. A spinster, she often bewailed the tragedy of her dying a “petrified barnacle” without grandchildren. If only Moojie would marry and get on with sprouting a new family tree! “Your entire life, all you wanted was a family, and now that you can have your own, what do you want? To hold out for a Martian in outer space!” She leans closer. “Sometimes love is an apple. ’Tis too big to fit in your mouth all at once…you were a stubborn, undisciplined child. You never did what was expected of you. Marry Ginny, dear. ’Tis time to settle down with someone of the same species, for the love of St. Peter!”** 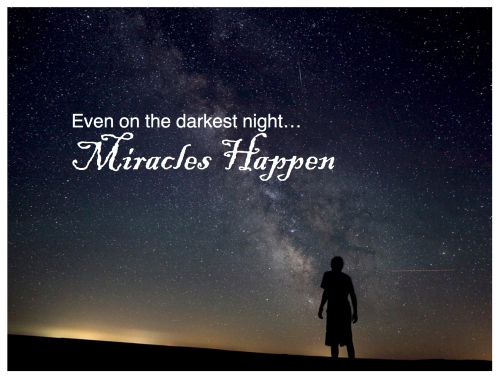 Yippee! My screen adaptation of The Improbable Wonders of Moojie Littleman has gone out for review. I couldn’t believe my ears when, after two years of working on it, my producer, John Crye, finally said the words, “It’s ready!”

Film description of Halfkin: A physically-disabled orphan discovers he has miraculous  abilities similar to the Light-Eaters, a primordial race that warns intolerant locals in early-1900s America of an upcoming natural disaster.

In order to make the 294-page story fit into less than 2 hours on screen, we had to cut a few characters and scenes. Pappy and Auntie Tilda are now the central the focus of Moojie’s domestic squabbles. Light-Eaters, Ninti, Babylonia, Sarru’kan, and others remain true to the novel. Dear Moojie is exactly the same character. Early on, he struggles with disabilities and unrecognized healing powers, while searching for a sense of belonging.

More news: Book 2 of The Moojie Littleman Trilogy is nearly done. The Boy Who Killed Time picks up four years later, when 18 year-old Moojie, now hailed in his hometown as a healer, escapes family and worshipful throngs to find the inter-dimensional realm where his true love awaits. What he finds when he gets there is completely unexpected.

I’ll keep you posted on any news!